A proposal to remove two mature gum trees at Castlemaine’s Camp Reserve oval as part of the reserve’s new draft master plan is raising objection from local residents who say the gums are valuable natural assets.
This week they told the Castlemaine Mail they’re also concerned that axing two mature elm trees in the central reserve has also been mooted as part of the plan, saying all of the trees concerned deliver a wide range of benefits for people, climate and wildlife and the proposal should be reconsidered.
“I’ve had confirmation from the council that these two large old gum trees are to be removed by the shire at the Camp Reserve as part of their Camp Reserve draft master plan,” one of those concerned, Mount Alexander Wildlife Network’s Nikki Sutterby said.
“These large old native trees currently have at least three large birds nests in them plus the potential for many more hollow nests for native birds.
“I’m asking whether a proper environmental assessment has been done because all sorts of native species like bats and possums live in trees like this, not to mention the fact they’re the only old growth gums I can see in the reserve. Full story in today’s Castlemaine Mail (Friday, August 30, 2019)

One month to go…

When loss is gain 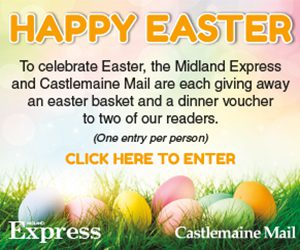